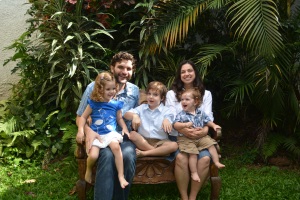 Since 2015, we have lived in San José, Costa Rica serving with ReachGlobal as missionaries sent by Ambassador Bible Church, a multi ethnic, missions-minded, Evangelical Free church in the suburbs of Washington, DC.

Peter serves as the San José City Team Leader, shepherding our team and working alongside local partners as we mobilize missionaries, equip leaders, and bring hope. Melanie serves on the team and leads a regional team called ServeLAC that works to equip ReachGlobal missionaries throughout Latin America and the Caribbean.

Peter & Melanie met at the University of Arizona in Tucson, Arizona. Peter, an Australian, and Melanie, an American army-brat raised in Europe, felt the call to cross-cultural ministry. We married in 2002, and after finishing our graduate degrees, moved to DC. 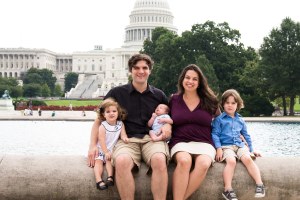 If you’re interested in partnering with us in prayer or financially, you can check out our Partnership Page.

To find out about our story, you can watch this video prepared for our 2015 commissioning service at Ambassador.